It kicked off at The Palace Hotel In Manchester on Saturday where Sarcoma UK hosted an event for people affected by sarcoma, whether it be in a patient capacity or a medical capacity and the room was full. The theme this year was Research.

The charity sourced excellent speakers who had received funding towards their area of research and they shared their stories. Here’s a few titbits.

One researcher talked about Angisorcoma which is cancer of the blood vessels and can be found commonly in the scalp.

Now when I say ‘commonly’ it’s not common at all. Approximately 3000 people a year are diagnosed with Sarcoma and of those people between 10-15 will have this sub type. So as you can imagine, there is limited research for people with this kind of rare sarcoma and I can’t imagine how that must feel for those people diagnosed with this sub type.  Apparently dogs suffer from the horrific disease also and German Sheppards are succeptable to Angiosarcoma (although in dogs it’s found primarily in organs). The researcher is working with a vetenary oncologist to look at treating this sarcoma in dogs so he can find a link and help to treat humans with the same type.  Wow. Just wow! This talk showed that no matter how rare your cancer is, there’s always someone fighting your corner.

Another researcher focused his work on trying to understand the right treatment for children with Ewings sarcoma. Whilst it was upsetting to think of children going through this, it was comforting to hear the progress being made.

One cancer researcher explained why you feel ill after having chemo in a way that I perfectly understood.

The dosage of chemo drugs required for the good of your health (to attack the tumours) unfortunately is the same dose that causes the awful after effects.

The amount of alcohol required to have a good time and been merry is, unfortunately, the same amount which will give you a hangover….

At this point Lesley wrote me the following note…. 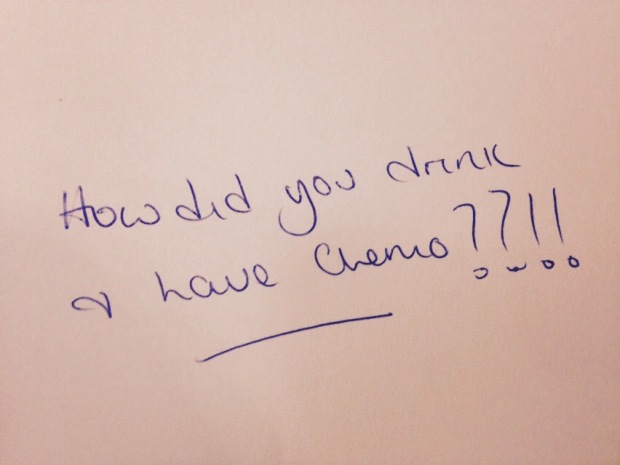 I’ve made lots of new friends through my journey with sarcoma and a few were also at the event. We had the obligatory selfies.

Clockwise: me and Sarah, Rob, David and Lesley. 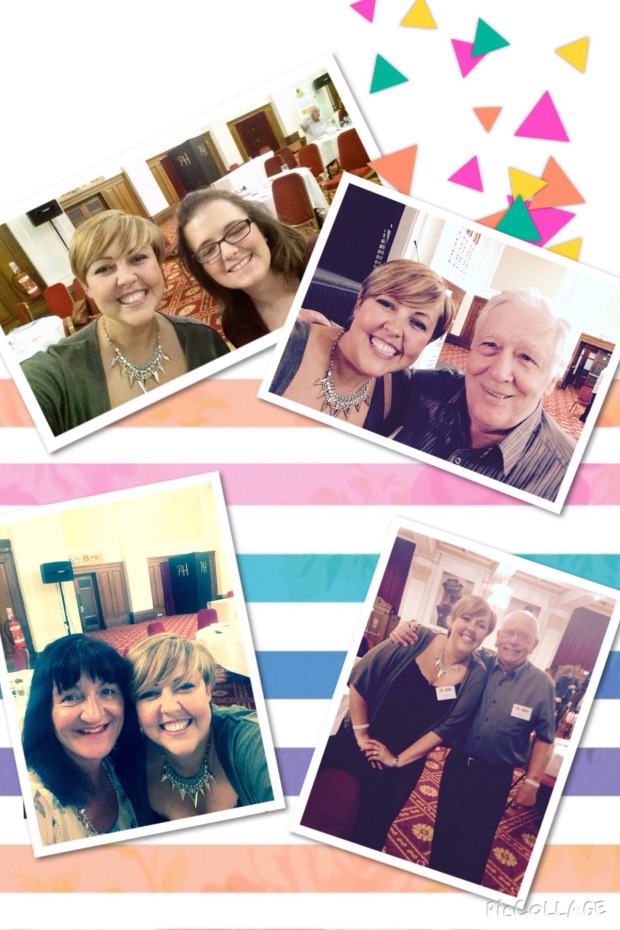 It’s been a long one so will leave it there for tonight. Part II coming tomorrow….

One thought on “Sarcoma Awareness Week 2015 #TalkingResearch part I @sarcoma_uk ”